We’re on a mission to #RedefineGifting through philanthropy and replacing gifts of stuff with the gift of good. We created TisBest Charity Gift Cards so that you can give non-material gifts, spread more good deeds in the world, and help your gift recipients support the causes they love!

We connect people to important endeavors — and with more than 1.8 million U.S.-registered charities to choose from, there’s something for everyone to get passionate about.

TisBest Philanthropy is a 501c3 nonprofit organization dedicated to encouraging others to give gifts of good.

Curious about who we support? You can view our Featured Charities here. 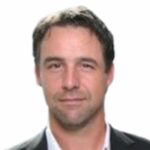 As one of the original founders of TisBest and with over two decades of technology design experience, Simeon brings his passion for giving and “technology for good” to TisBest as Managing Director. After living in the Seattle area for 12 years, he’s relocated to Maui, Hawaii where he enjoys sailing, surfing, and scuba diving. 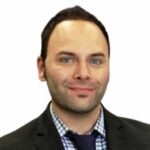 Kyle’s greatest accomplishment is his most recent – Being promoted to the position of a father. It’s his devotion to family and hard work that drives an ambition to evoke change for the greater good. Kyle eagerly looks for ways to help our business customers out, whether designing an employee recognition program with them, a client acknowledgment program or even trade show swag. His charitable giving began with a trip to his local Ronald McDonald House, where he cooked and fed meals to those in need. With five years at TisBest creating business solutions for clients, he wants to make the process of purchasing Charity Gift Cards as easy as 1,2,3. 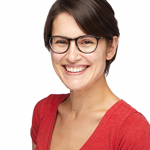 Amy Ray is a graphic designer with a love for problem-solving, silly jokes, and helping people. Growing up in Nashville she was surrounded by books, fruit trees, forests, humidity, and two little brothers. She later went to school in upstate New York, lived in Dallas/Fort-Worth for a bit, and happily moved to Seattle to teach. She loves it here and has even persuaded one of her brothers to come out here too. Amy’s thrilled and thankful to be contributing here at TisBest. 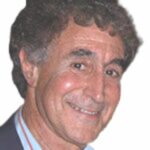 Rich is president of R.N. Gold & Company, a management consulting firm specializing in strategic planning and marketing. Prior to forming R.N. Gold & Company, he was executive vice president of Glendinning Associates and a brand manager at Procter & Gamble. Rich serves on several boards of directors and advisory boards. He has been a producer and partner in Enterplan and director of the Downtown Council of Cincinnati, Ohio. He holds an MBA from Columbia University, an MA from New York University and a BSI from the University of Wisconsin. 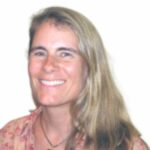 As a Harvard undergraduate, Kendall helped launch the WorldTeach program. After stints with Goldman Sachs and the World Bank, she served in Uganda as a volunteer. Upon her return to the United States, she worked on the founding team of More.com, one of the early-stage Internet websites, where she realized that the Internet could revolutionize charitable giving. She founded and has been Executive Director of JustGive.org since 1998, which has generated over $500 million for tens of thousands of charitable causes. At JustGive, she innovated multiple giving products, such as Charity Reward Point Redemption, Charity Gift Cards, Giving Baskets, and Crowdfunding. Kendall has been a thought leader in Internet Giving for two decades, offering strategic advice to organizations and companies that are incorporating charitable giving programs. In addition to her Internet Giving focus, she is now Chair of the Board of Nurturing Minds, a school in Tanzania that educates vulnerable girls.

Jim is an owner and manager of Berschauer Phillips, a northwest commercial construction company, through which he pursues his interest in environmentally responsible and sustainable construction practices. Jim volunteers his time at St. Joseph’s of Seattle, the Boys and Girls Club, and Big Brothers Big Sisters of Thurston County. Jim received his BA from Wheaton College and holds an MBA from the University of Washington. 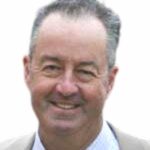 Peter has over 25 years of leadership experience in the high-tech industry and has spent the last 15 years with SAAS-based startups helping clients improve their businesses. Peter has worked in a variety of industries including education, electronic design, healthcare, publishing, senior living, and super-computing. Business transformations include increasing advertising effectiveness, streamlining existing processes, improving customer self-service, and increasing conversion rates. In addition to TisBest, Peter has been on the board of the Northwest Children’s Fund and the Linfield College Parents Advisory Council. He holds a BS in Operations Research and Industrial Engineering from Cornell University.