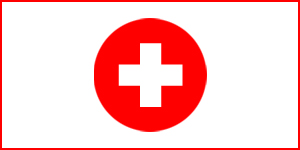 Last week, Felix Salmon wrote a widely-circulated opinion piece for Reuters called “Don’t Give To Japan.”  The title of the article is far more provocative than the content, which argues the following: earmarking funds for a specific program or disaster means that other, less attractive but equally important programs get neglected.  Additionally, earmarking funds can restrict a charity from working flexibly within the context of what a devastated community might actually need.

In a similarly-titled 2010 argument against earmarking funds for recovery in Haiti, Salmon wrote “…for all its best efforts, the Red Cross has still only spent 83% of its $3.21 billion [2005 Asian] tsunami budget — which means that it has over half a billion dollars left to spend. Not to put too fine a point on it, but that’s money which could be spent in Haiti, if it weren’t for the fact that it was earmarked.”

His point is that earmarked funds can hinder the good work that a charity needs to do, and so those moved to give by a tragedy should give to general funds and accept that their money may not go to help the person they saw on TV.  As another excellent blogger put it, “If you trust the organization, allow them to make professional decisions on how to best use your donation.  If you don’t trust them then find another organization to donate to.”

But as provocateur, the title “Don’t Give to Japan” worked: it went viral, many people read the piece, and there are nearly 300 reader comments.  Probably two thirds of those comments are from people so furious at the implications of the article—or what they thought the article would be after reading that title—that they accuse the author of standing in the way of recovery in Japan, of being heartless and stingy and cruel and racist, and even of actively undermining the well-being of the Japanese people.  One reader goes as far as to state that the author is single-handedly responsible for the difference in donation totals between Haiti and Japan fundraising efforts.

So why does the conversation turn so venomous?Well, one reason might be that many people were so upset by the title of the piece that they didn’t actually read the content.  But surely some of those hundreds of angry people read the column and remained upset enough to blast the author, his character, and his publisher.

As compassionate people, it’s easy for donors to become overwhelmed by the breadth of social problems demanding attention, empathy, and often money.  Making a positive impact in one’s daily life can seem horribly complex.  We want to believe that there is an answer. We want to initiate a fix.  We are given the opportunity to do something specific, something with effects that we think we’ll be able to see immediately.

Unfortunately, few things actually work like that, especially in the world of donations.

The implication that our well-meaning donations might cause problems in addition to solving them can frustrate or infuriate.  As Salmon himself said in a follow-up to the Japan post, “’There’s nothing you can do to help’ is never a pleasant message to convey, and people tend to react strongly against it.”
The images of destruction from the recent tragedy in Japan are horrifying and heartbreaking, and it’s human nature that the suffering of others is a powerful motivator for giving.  But it’s equally important to temper our hearts with our heads. Funds sent to Japan for disaster recovery will make a difference; yet funds sent to the Middle East to promote human rights make just as big an impact—perhaps even bigger. Tragedies and large-scale catastrophes remind us of our common humanity, but it’s vital to remember that tragedies and catastrophes happen to individuals every day, not just when epic disaster strikes.

Give to organizations working in Japan, if you still feel the urge.  But give to Libya, as well.  Give to Egypt and to food banks and to your local women’s shelter.  Don’t restrict the funds—trust that your chosen charities know what they’re doing.  Don’t restrict your passion, either. Pay attention to smaller tragedies, like the homeless kids you pass downtown or the lack of affordable healthcare for low-income families, or the trash you’ll walk by on the beach next weekend.  Even if you can’t afford to give money to every cause, compassion is one of our few limitless resources.  It’s important to give; it’s also important to give a damn.