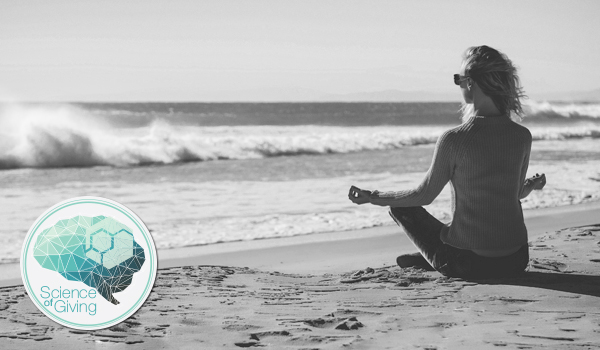 If you have a computer, chances are you’re constantly peppered with advertisements, blog posts, and news articles telling you how to improve your health. “Click bait” articles designed to prey on your curiosity draw you in with titles like “This One Weird Tip Can Reduce Belly Fat In 24 Hours!” and “Three Secrets To Lowering Your Blood Pressure That Your Doctor Will Never Tell You!”. It seems there’s a never-ending stream of (sometimes less-than-helpful) information telling us what we need to do for ourselves in order to stay healthy. But science is now telling us there’s another side to the story: doing things for others– giving— may provide just as much of a health boost as doing things for ourselves.

Volunteering
A common way to engage in giving is to volunteer one’s time. Volunteering has been correlated with amazing health benefits, such as reduced depression and a longer life span. Seniors 55 and older have a 44% lower likelihood of dying prematurely if they volunteer for two or more organizations. Giving of one’s time is also correlated with a stronger constitution, with volunteers reporting they experience fewer aches and pains than those who don’t volunteer. Helping others is twice as good for protecting one’s overall health as aspirin is for preventing heart disease. These health benefits of volunteering are stronger than exercising four times per week or going to church, and almost as effective in improving one’s health as quitting smoking.

Charitable giving
Financial giving has also been shown to increase one’s physical health. Those who voluntarily give away at least 10% of their income report being in better physical health than those who do not. In fact, people who report the least amount of financial giving are almost twice as likely to be in poor or fair health as those who give the most.

Giving to charity activates the brain’s mesolimbic pathway, which is commonly referred to as the brain’s “reward center”, an area of the brain that processes internal reinforcement for things such as food, money, and sex. This area of the brain is related to the production of oxytocin and dopamine, which are key elements in the development of strong social connections and general happiness. When we give—and amazingly, when we simply think about giving—this reward center is activated, creating what Harvard researcher Michael Norton calls a “positive feedback loop”. When we give, we feel good. Feeling good about giving makes us more likely to give again, and so on.

Each day many of us make choices to improve our overall health and well-being. Perhaps we drink an extra glass of water, or maybe we decide to take the stairs instead of the elevator. We’re constantly filtering through the “tips” and simple changes we are encouraged to make in our daily lives to improve health and well-being. But increasingly we’re learning that shifting focus away from oneself and focusing instead on giving to others, we can improve our physical health and emotional well-being in significant and remarkable ways.
Read the earlier posts in the Science of Giving series:
#1: What we talk about when we talk about altruism
#2: Why elevation changes your behavior
#3: Transforming the classroom through generosity
#4: The secret to raising a generous child